Lauryn Nguyen of Seattle fired a final round 4-under par 68 to cap off a tremendous week to win the 44th Annual WJGA State Girls Championship being held at Manito G&CC in Spokane. Her three day total of 14-under par 202 gave her an eight-shot victory over Tacoma’s Montgomery Ferreira. This is Nguyen’s second WJGA Girls’ overall title, also winning the championship in 2017 at Meadow Springs CC in Richland.

On the boys’ side, Ethan Evans of Mercer Island shot a final round even-par 71 to capture the Boys’ overall title with a three day total of 8-under par 206. Evans eagled the par-5 14th hole to take command with a three shot lead and cruised to the clubhouse to win by three shots. There was a four-way tie for second place at 5-under par with Mukilteo’s Daniel Kim, Stanwood’s Conrad Chisman, Dupont’s Jahan Bains, and Spokane’s Tommy Kimmel. 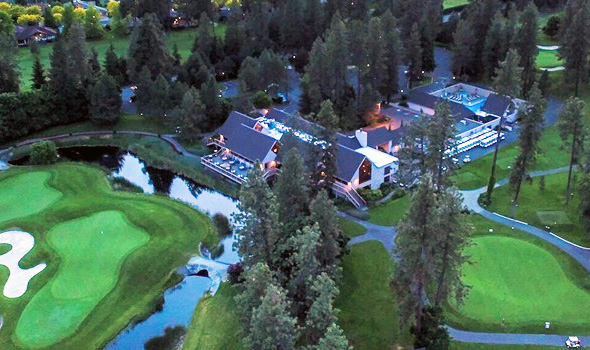 The field will be cut for Thursday play on the following basis:

As the availability of hotels in this area is so abundant, we will not be obtaining a room block this year.  hotels.com, expedia.com

Trophies will be awarded as follows:

Ties for first place in all divisions decided by sudden death playoff; all other ties will be honored (e.g. a two-way tie for 2nd: payoff would be two second place trophies and no third) In the combined 14-15 and 16-18 divisions individual trophies will be awarded to the low four boys from one district and to the low three girls from one district.  The overall State Champions may come from either the 14-15 or the 16-18 divisions.

Proper golf etiquette is expected.
Please be a role model for our juniors

All spectators, family members and others, must observe the dress code of the course being played.  Fircrest is a private course, and so please observe the WJGA dress code policy.  Thank you!

PENALTIES
1.  First offense — warning and asked to change clothes  (warnings will carry throughout the entire season)

2.  Second offense — person asked to leave the course and may be refused future gallery privileges.  If person refuses to leave, the player may be DISQUALIFIED from the tournament being played or suspended indefinitely from future WJGA events.

3.  DISQUALIFICATION can preempt warning if the violation is flagrant. 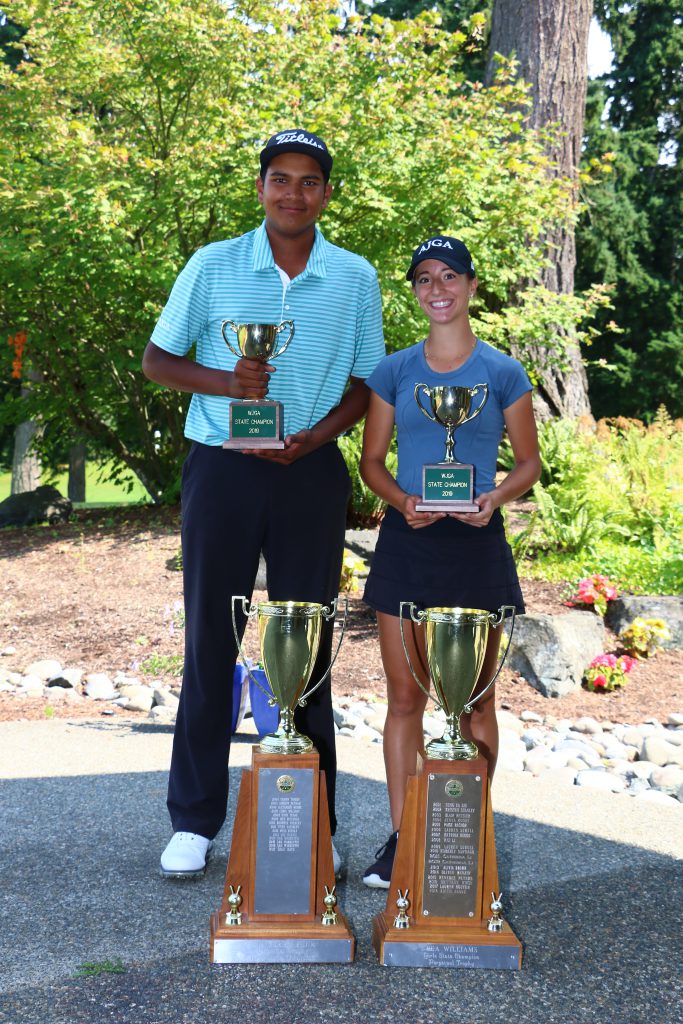 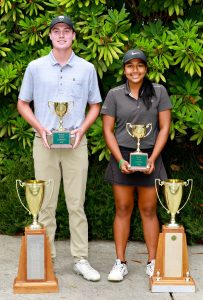 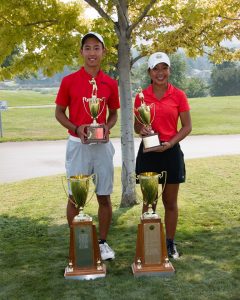 Sean Kato of Redmond fired a final round of 4-under par 68 to win the overall boys title at the 41st Annual WJGA State Championship held at Meadow Springs Country Club in Richland, Wash. His three day total of 11-under par 205 gave him a two-shot victory over Alvin Kwak of Mukilteo.

On the girls side, Lauryn Nguyen of Seattle defeated Therese Warner of Kennewick with a birdie on the 1st playoff hole to capture the overall girls title at 3-under par 213. Nguyen overcame at 7-shot deficit coming into the final round and used a steady even par 72 to mount her comeback.