Four WJGA boys and four WJGA girls will represent the state of Washington this week at the Boys and Girls Junior America’s Cup.

Each competition is held over 54-holes in a team format that the best 3 of 4 scores are counted each day. Each WJGA team is selected based on total points earned at the WJGA Western & Eastern Opens, the USGA Junior Qualifiers held in Washington, and the state’s Junior World Qualifier.

Live scoring for the boys event can be found at www.junioramericascup.net or by following this link HERE.

Live scoring for the girls event can be found at www.gjac.org or by following this link HERE. 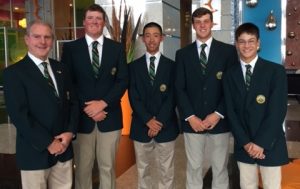