All competitors in WJGA sponsored tournaments will be expected to conform to the WJGA code of conduct at all times. In particular, players and their parents should be aware of, and in 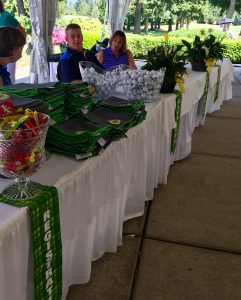 Registration at the State Championship is an “experience” all players that have qualified and earned a spot will want to have. Plan on it!

conformance with, the following specific items:

Other Regional/National events in our area.

More golfing events in our state that we know about.